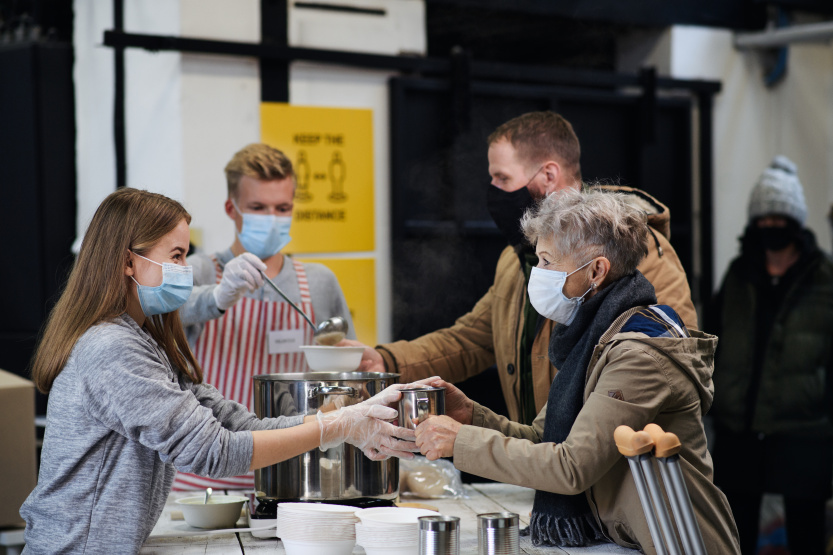 What is social connectedness about?

Social connectedness is a sense of belonging to a group, family, or community. It’s about the relationships people have with each other and their engagement with the broader community. Social connection is an integral component of health and well-being.

A socially connected community is a place where everyone feels like they belong. It’s where people know their neighbours and everyone has the proper support to get involved, build relationships and contribute to the creation of strong social networks.i It’s a place where spaces exist for people to gather with friends and neighbours. It’s also a place where all planning and strategic initiatives take social connectedness into account.

Why is social connectedness important for health and well-being?

Building and cultivating social connections benefits both individuals and communities as a whole. People with extensive and strong support networks tend to have:

Social support is also important for buffering the effects of an adverse event or stressful life circumstance. Research shows that those with strong social connections and support networks reduce their risk of premature death.viii Additionally, participation in civic life is an essential component of healthy communities, as social connectedness encourages people to support one another, give back, and take pride in the condition of their communities.

The Building Resilient Neighbourhoods project in Greater Victoria, B.C. has identified the connection between neighbours, residents’ socializing, and connection to civic life as essential characteristics of a resilient community. Resilient communities proactively adapt to change and are better able to withstand and respond to threats, stresses and disturbances.

However, systemic inequities make it difficult for certain members of a community to be socially connected. Equity is defined as the redistribution of opportunities, power and resources to those who face greater systemic barriers to overall health and well-being. Social connection, like all opportunities for better health, is not necessarily equitable. Applying an equity lens means acknowledging that systemic and historical discrimination and colonialization have resulted in an uneven distribution of resources.

Some groups face greater barriers to health than others, such as older adults, youth, LGBTQ+ folks, and Indigenous people. These groups must be focused on, not because they are vulnerable, but because our systems and structures are not set up with their well-being in mind. These groups may lack or be denied certain resources, rights and opportunities, making them more susceptible to social isolation and exclusion. By considering health through an equity lens, systemic inequities are identified and focus is turned to those who have traditionally been underserved or excluded. Only then can we begin to create plans, policies and strategies that are responsive to community needs, are community-driven and supported, and are sustainable in the long-term.

Why does social connectedness matter for local governments?

Local governments, as directed by the Community Charter, have a duty to foster the “social well-being of their communities.” Local and Indigenous governments are in a great position to do this through the use of planning and community design, policies, programs and partnerships. They must also develop, own and support community infrastructure, such as community and recreation centres, parks, libraries and arts facilities, which are often hubs of community connection for residents.

Indigenous and local governments also have much to gain from supporting social connectedness in their community, including increased neighbourhood safety, people connecting with the services and support they need, strengthened resilience during emergency events, increased volunteering, and a stronger sense of community pride. However, in order to reap these benefits, Indigenous and local governments have to first ensure that everyone has the opportunity to be socially connected—this means applying an equity lens across environmental, social, economic and cultural domains in order to remove barriers to entry, such as discrimination, lack of access to or sense of safety in a community, and othering tactics.xi

B.C. has been home to Indigenous peoples since time immemorial.xii, xiii Traditional healing recognized a sense of place and belonging as important to overall well-being, and a First Nations conception of wellness highlights the social, cultural, economic and environmental determinants of well-being, which include key components of social connectedness.xiv Indigenous governments work both within and beyond colonial systems of oppression to reconnect their communities to the land and to cultural values using community-driven planning, policy, programming and partnerships. Indigenous governments also support community infrastructure, including recreation, cultural and community gathering facilities, and are well positioned to support social connectedness for community members.

Colonial systems of oppression and the process of settler colonialism in Canada and B.C. have created barriers for Indigenous governments to support social connectedness. In particular, Canadian and provincial government policies which facilitated the forced removal of Indigenous people from their unceded traditional territories, and created disconnect between families and communities through residential school systems, continue to have negative impacts on the well-being of many Indigenous communities. For Indigenous communities, the governance of land and resources can be extra challenging because colonial systems imposed in these communities do not always align with traditional interpretations of land use and governance.xv

END_OF_DOCUMENT_TOKEN_TO_BE_REPLACED 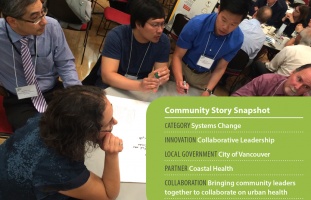 The City of Vancouver has a bold and ambitious strategy to build a healthy city for all by 2025. The Healthy City Strategy and Action Plan is a long-term plan for healthier people, healthier places, and a healthier planet. It addresses health in the broadest sense by integrating elements that influence well-being and involving diverse sectors in a shared vision of a healthy city for all residents. Driving the strategy are passionate City staff, a committed Council, and a high-profile collaborative leadership team.