Village of Valemount Walks Around the World 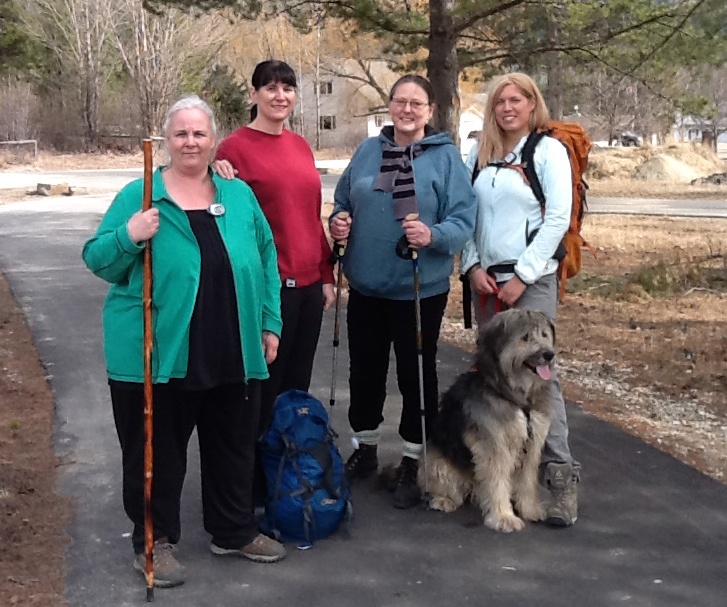 When Valemount residents go for a stroll, they’re not just stretching their legs. They intend to walk all around the world.

The Village of Valemount Healthier Communities Committee is championing the “Valemount Walks Around the World” initiative to foster an on-the-ground approach to improve health and well-being in the community.

The committee's successful application for a Partnering for Healthy Communities (P4HC) grant from Northern Health in 2013 met the requirements for an initiative which reduces health inequalities, build relationships, supports collaborations and partnerships, improves health, makes a difference, and lasts.

The grant provided the capacity to engage the community not only to walk, but also to cycle, swim, and skate the 49,000 km distance around the world. 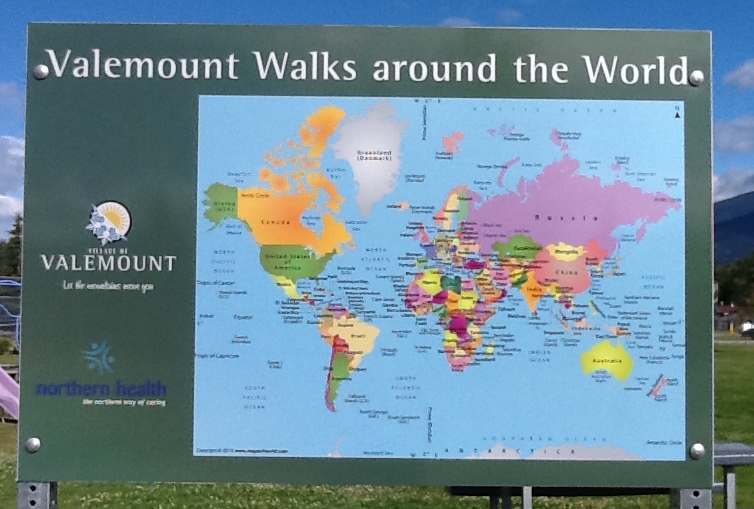 The initial planning stages of the initiative included collaborating with Northern Health to identify risk factors to health in the community, and finding approachable, realistic ways to implement solutions in the community.

“We identified that diabetes, high cholesterol and high blood pressure were health issues in Valemount, so that’s why decided to do the walk,” said Hollie Blanchette, Village of Valemount Councillor and Healthy Communities Committee Vice Chair. “It’s quick, easy, and affordable, it gets everyone moving, and it can address those problems.

Since the benefits of walking include lowered blood pressure, reduced cholesterol, body fat, and bone density, establishing a walking program was a step in the right direction.

Bolstered an engaged, multi-sectoral healthy communities committee, Valemount kicked off the initiative in May, 2013. At the well-attended launch, community members were given pedometers, health passports, access to a step-tracking website, and a wealth of encouragement to stay active.

Councillor Blanchette was pleased by the initial response. “We had eighty people show up on the first day, which was huge for a small community,” she said. “The interest was there, and we knew we were on the right track.

Participation in the initiative has stayed strong, with new and established participants logging steps online, and engaging in a Valemount Walks Around the World Facebook page. The group celebrated Valemount resident Rhonda Nystrom’s achievement of being the first to complete one million steps, and holds indoor walking events in the winter to help maintain momentum.

Adding to the appeal of walking in Valemount is the three-kilometre Big Foot trail, made possible through grants from the provincial Community Recreation Program, Columbia Basin Trust, Community Initiatives Program, the Trail Program, Ministry of Transportation and Highways and the Village. The trail encircles the village, includes benches along the main street, and builds the walkability of the village core.

“For a program like this to work, it’s got to be fun and easy, and it’s got to be inexpensive. We didn’t want to limit the participation of anyone in the community, so we considered what would get the most people involved for the least amount of money, and we went from there. For this program, all you need is a good pair of shoes,” said Councillor Blanchette.