Wanting to better understand inequities in its own distribution, quality and usage of parks, the Vancouver Park Board engaged with the community to identify why, and map where, inequities exist and used this information to develop a strategy to address these inequities. Logo detail of VanPlay courtesy Vancouver Parks Board.

As Vancouver “becomes increasingly urban, the importance of access to nature for health and wellbeing becomes more and more important. Research tells us that people in cities are increasingly affected by ‘nature deficit disorder,’ with symptoms including reduced ability to concentrate, problems with heart and lung health, mental health challenges and others, and that some of the most vulnerable people in our communities are those that are most deeply affected.”[1]

Vancouver’s new Parks and Recreation Services Master Plan—called VanPlay—goes beyond delivering high-quality park spaces to the most populated or vocal areas of the city. VanPlay prioritizes inclusion for residents who traditionally face the greatest barriers to accessing the health benefits natural environments provide.

The Environmental Justice Framework for Parks states that “all people and communities, regardless of their sociodemographic background are entitled to equal distribution of environmental amenities, and no group shall be disproportionately affected by environmental hazards [e.g., pollution, impacts of climate change].”

Inequities in Green Space in the City

Across British Columbia, including Vancouver, parks and greenspace in urban centres are facing pressure to accommodate a variety of uses amid growing populations and smaller private living quarters. It is well documented that accessible parks and green spaces can improve social, emotional and physical well-being for residents; however, green space is often unequally distributed and its benefits inequitably received.

Formed in 1888, the Vancouver Board of Parks and Recreation (Park Board) is the only elected park board of its kind in Canada. Its seven-member board has exclusive possession, jurisdiction and control of more than 230 public parks and a large public recreation system in Vancouver.

Guiding the Park Board’s delivery of parks and recreation over the next 25 years, the Parks and Recreation Services Master Plan was formed through a four-part policy-making process undertaken by Park Board staff that included a comprehensive engagement process, an assessment of its current parks network and assets, the formation of 10 guiding goals, the creation of three strategies to achieve the plan’s goals and an implementation plan for operationalizing its strategies.

In October 2019, the Park Board approved its strategy and implementation plan, finalizing the development of VanPlay – Vancouver’s Parks and Recreation Services Master Plan.

Over the past few decades, investment and development have fuelled intense growth in Vancouver; however, the benefits of this growth have not been distributed equitably.[3] Wanting to better understand inequities in its own distribution, quality and usage of parks, the Park Board engaged with the community to identify why, and map where, inequities exist. In generating and analyzing comprehensive community data, Park Board staff gained a more nuanced understanding of Vancouver’s park inequity, such as areas where park space per person is lowest and neighbourhoods where the demand for low-income recreation programming are highest.[4] Acquiring and mapping this information was foundational for producing an informed set of goals and innovative implementation strategies that explicitly seek to reduce these inequities.[5]

An intensive two-year community and stakeholder engagement process and inventory and analysis of its park network helped the Park Board distinguish rising inequity as a growing threat to Vancouver’s parks and community health. A baseline of park resources, assets and barriers to access were established by connecting with over 30,000 residents. From these conversations, challenges and opportunities, such as access, cost and clarity of decision-making, were identified and overwhelming public support for equitable policy was established. This comprehensive engagement and assessment process also led to the formulation of an evaluation and decision-making framework with three criteria: access, quality and inclusivity. These criteria will be used to measure improvement and inform equitable decisions with regard to distribution of park resources and assets.[6]

As the Park Board states, “The goal in identifying populations likely to be underserved is not to connote deficit or imply victimhood in these populations, but rather to recognize where the parks and recreation system is not meeting needs. This awareness allows us to ask better questions, to ensure these voices are heard, their needs acknowledged and additional resources are provided.”[7]

Following its robust data collection and analysis process, Park Board staff compiled and essentialized the communities’ needs and desires into 10 goals, four of which provide direction for improving equity in future planning and decision-making:

In Goal 3, Park Board staff clearly stated the desire most frequently captured by their community engagement process, prioritizing the delivery of park resources for those in greatest need. Not only is Goal 3 equity focused and action oriented, it secures in policy direction for Park Board staff that is immune to changes in elected officials or shifts in political commitment toward equity.

To reach strong, equity-focused goals, Park Board staff turned to constructing strategic actions for implementation. Although, park planners and staff have customary tools for growing and maintaining park networks, staff working on the VanPlay Master Plan realized that status quo processes and practices could not tackle the complexities of inequity, and recognized that relying on the same systems and practices that led to inequities was likely to perpetuate them. Tools available under the Local Government Act such as parkland acquisition and parkland development cost charges are valuable for acquiring park space and maintaining it. However, these tools are reliant on private investment for growth to occur, and unless gains are redistributed equitably, park assets and their benefits become unintentionally concentrated in areas that attract private investment.

One of three Strategic Bold Moves, Equity Initiative Zones aim to combat the correlation between development and unjust access and inclusion in parks. Staff used simple and impactful indicators, mapping and overlaying areas with low access to park space, areas where there is higher demand for recreation services with reduced barriers and areas with lower urban forest/tree canopy.[8]Equity Initiative Zones are a strategic and empirical tool for identifying historically underserved areas of the city and directing the provision of resources, projects and programs equitably in order to achieve VanPlay’s goals.

The Vancouver Board of Parks and Recreation has shown that it takes to heart prioritizing equity in its new Parks and Recreation Services Master Plan. Not only does the plan recognize the advantages certain populations face in accessing and receiving the health benefits of parks, it provides policy and instruments that give additional support and consideration to the populations that need it most.

Where development-funded investment historically does not help to address traditionally underserved areas or aging infrastructure, the Park Board adopted progressive policy and evidence-based innovation in moving beyond market-based approaches to improving its park network.[9]

Park Board staff have good reason to be proud of these impressive accomplishments, yet staff acknowledge that while they can first identity service gaps (Equity Initiative Zones), unique community needs will shift and conversations and analysis will need to be ongoing in order to eliminate the inequitable benefits some Vancouverites receive from their natural and recreational environments.[10]

END_OF_DOCUMENT_TOKEN_TO_BE_REPLACED 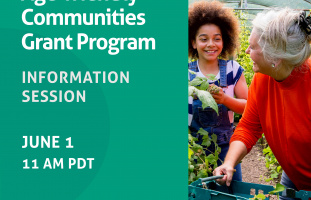 Watch the recording of the 2022 Age-friendly Communities Grant Program information session, where we explained the program in greater detail, answered questions and offered guidance on submitting an application.