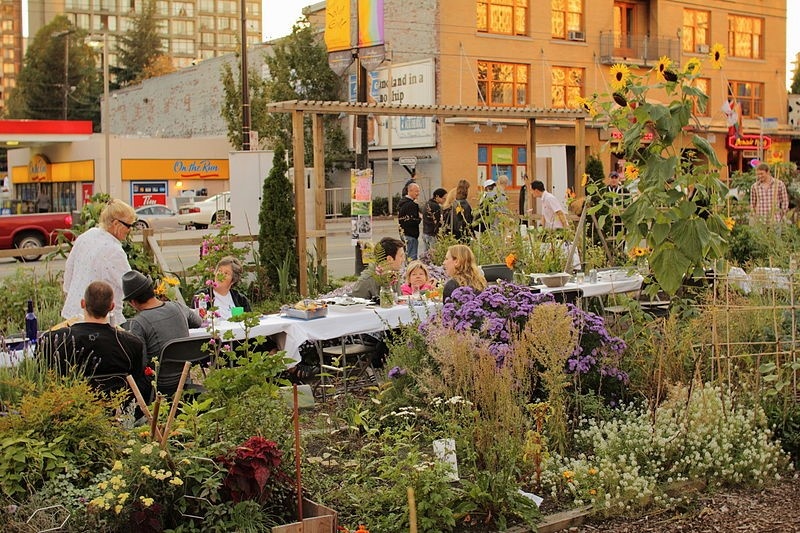 Since 2003, the City of Vancouver has undertaken a number of initiatives to build towards a just and sustainable food system that ameliorates food security, improves access to healthy and culturally diverse foods, and supports the local economy. To address these needs, the City created:

Along with these initiatives, a number of grassroots organizations, programs and projects have flourished. However, there was still a need to address the gaps and vulnerabilities in Vancouver’s food system, and to link existing policies and programs in order to effectively coordinate the City’s actions around its food system.

In 2013, the City of Vancouver released the Vancouver Food Strategy to align and integrate the various food system initiatives. This new document includes the vision, mission, and goals of the Strategy, as well as, a thorough list of purposeful actions and measurable targets that the City is striving to reach by 2020.

The City of Vancouver established strong partnerships with both government and non-government entities, some of which include:

Inter-departmental collaboration was essential for implementation of the Strategy. The department of Social Policy was the home-base for the Strategy, while Engineering; Parks, Recreation, and Culture; Development Services; and Real Estate also played key roles.

Between the summer of 2011 and spring of 2012, the City of Vancouver worked closely with the Vancouver Food Policy Council to implement a public engagement process titled Talk Food With Us.  This process took 18 months and included consultations with many community stakeholders, which reached approximately 2,200 people. This process included roundtable discussions with key stakeholder groups, storytelling-themed public events, workshops, focus groups, health education fairs, speaking to ethno-cultural communities, and the utilization of social media platforms such as Twitter and a blog site.  Through these consultations, a number of themes and priorities emerged.

The City of Vancouver worked with the Vancouver Food Policy Council to formulate the Food Strategy. Five key goals emerged:

With these goals solidified, five overarching action areas were created, which encompass specific projects and actions that the City will be supporting between 2013 and 2020 to attain the vision of the Food Strategy.

After only one year, significant progress has been made. Eleven of the actions have been completed, 19 have been started and will be ongoing projects, 26 are in progress, and only 15 are pending. Some of these actions include creating bylaws to allow backyard chickens and urban beekeeping, supporting the development of community gardens to add to the 75 that already exist, and encouraging residents to buy food from local sources.

The Food Strategy is a complete plan that focuses on the food system in its entirety and involves multiple sectors rather than focusing solely on agriculture and cultivating the land. In this way, it differs from an Agricultural Plan.

Multi-sectoral collaboration was vital to move this strategy forward. Involving multiple departments within the city, the Vancouver Food Policy Council, grassroots organizations, and many others, allowed for ideas from all sectors to convene under one strategy.