Surrey Welcomes One and All to the Community 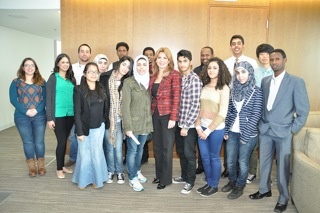 Surrey is home to over 450 thousand people, and approximately 40.5% of this population reports being born outside of Canada. Surrey also receives the most refugees than anywhere else in British Columbia. The statistics are indicative of rapid growth of the newcomer population, and with growth comes rapid change.

Findings from recent research in Surrey showed that quality settlement services were only half the issue; it was now about creating a climate of receptivity in Surrey. Prior to 2012, countless projects were being implemented by settlement agencies throughout Surrey to attend to the needs of newcomers, but a unified, collective effort that included broader community oriented organizations, such as the City of Surrey, the RCMP, and the school district, to create a more welcoming environment had yet to come.

The City of Surrey made it a priority to ensure that the community promoted inclusivity and respect so newcomers felt valued and welcomed to the city they now call home. With this, the Surrey Welcoming Communities Project (SWCP) got underway in 2012, which paved the way for some remarkable changes that led to reduced stigmatism towards newcomers.

“Very proud and entirely enthusiastic about the diversity of the stakeholders that formed the Surrey Welcoming Communities Committee...you get the folks who are always going to come, which tend to be the service agencies, and certainly they were well represented on the committee and should be, but we were also able to get enthusiastic participation and attendance, and belonging, and contributions from the post-secondary, the RCMP, the business community, and education… it really made it a strong, strong stakeholder committee." ~ Trevor Van Eerden, PEERs Inc.

The following organizations and entities have representatives who are part of the Surrey Welcoming Communities Committee:

As part of the Province’s WelcomeBC, Welcoming Communities Program, 51 communities throughout BC received funding to support the integration of immigrants. The City of Surrey was one of these communities as they recognized that immigrant integration is both a social and economic community sustainability issue that has wide impact on the city.

The SWCP raised the opportunity for multiple sectors of the community to come together at one table to work towards a common vision: “spark a fundamental change in attitudes and actions towards immigrants and refugees as they face the challenge of creating a new life in our communities” [1]. Twenty-five local partners came together to create the Surrey Welcoming Communities Committee. The project began by creating Surrey’s Welcoming Communities Action Plan, which would serve as a guiding document that outlined the actions and projects that would be implemented in the short one-year time frame. Due to major changes to provincial immigration services after the federal government did not renew the Canada-BC Immigration Agreement, the timeframe for implementing the Action Plan was only one year.  In the face of this challenge, this enthusiastic group held the power and capacity to stimulate positive social change in the community and pursue their ambitious Action Plan. They proudly worked as a cohesive unit to deliver a number of programs that would work to instill cultural harmony, trust, and mutual prosperity in the city.

To achieve the overarching vision, numerous creative projects were developed and implemented between March 2013 and March 2014, which included the following:

Although the provincial Welcoming Communities Program has ended,  the Surrey committee has continued to work together to form the new Local Immigration Partnership (LIP), which has received funding for the next two years from the federal government. LIP will continue their endeavors by conducting research and consultations toward the development of a Surrey Immigrant Integration Strategic Plan and the Surrey Refugee Settlement and Integration Plan. 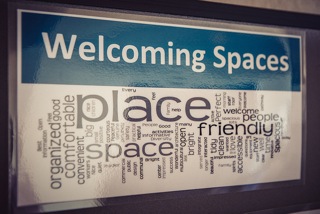