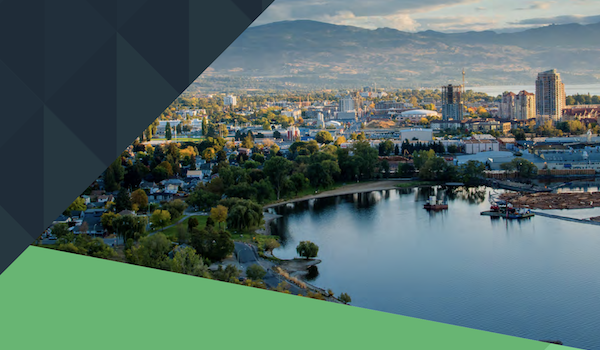 A note per COVID-19 and community engagement: The events described in this story occurred before physical distancing measures were implemented across the province. However, in this time, it’s never been more important to ensure that community members are involved as we make decisions as to what we want to see in a post-COVID future, including—vitally—those who are seldom-heard-from, or face barriers to participation. A reasonable reproduction of the engagement measures described in this story can be achieved while still respecting physical distancing requirements—see our list of physically-distant engagement resources for ideas and guidance.

One of the streams for this year’s PlanH Healthy Communities Grants is Healthy Community Engagement, inspired by a core pillar of the Healthy Communities approach. An engaged community is one in which all voices are lifted, especially the ones most affected but least heard from, allowing individuals to participate in influencing decisions in their community. Context experts are individuals who have gained knowledge from their personal involvement and experiences of inequity. The importance of including context experts in decision-making processes is grounded in the principle of “nothing about us, without us.” Including the perspectives of individuals with lived experience as part of your engagement toolkit can prevent unintended consequences resulting from decisions.

It wasn’t known at the outset what might come out of the process when it began in 2018, but it was important to Kelowna that people who knew what it was like to be homeless were heard from. This commitment to including lived experience was not without its challenges and required intentionality and flexibility along the way.

“We had the goal of ensuring that the lived experience voice would be embedded in a meaningful way,” said Wheeler. “It was intentional from the very beginning that it would be embedded into the culture of [developing the Journey Home Strategy], that it would be foundational. So from the very onset, that was the plan, and I think that was very important because it guided what unfolded.” Wheeler thinks that this intention from the start was crucial to the successful inclusion of various experiences and perspectives throughout the process.

The Lived Experience Circle informed and guided the work of the Journey Home Task Force and the design of the community education and engagement processes. This would not have been possible without the concerted effort to understand the community’s needs, create safe and inclusive spaces for engagement, and ultimately establish trust within the community.

Wheeler and the team began the process with relationship-building and research into best practices from other communities. Wheeler learned from various organizations and initiatives, such as Hamilton’s Roundtable for Poverty Reduction, the Region of Waterloo’s promising practices for developing advisory groups with people with lived experience of homelessness and poverty and the National Council of Persons with Lived Experience. With this crucial learning under their belt, the team was ready to design and lay the groundwork for the LECoH.

To begin, staff reached out to frontline workers, many of whom had lived experience with homelessness themselves, and all of whom had relationships with people facing precarious housing through their outreach work. The frontline staff shared important takeaways for creating an authentic environment in bringing together the LECoH. For example, it was agreed that people would be compensated for their important contributions. A suggestion was made to have a convener over a facilitator, allowing for a peer-based dynamic and ensuring folks did not feel they were being directed or influenced by city staff. Wheeler and the team also learned of potential issues with note-taking during meetings, so the city decided to bring in a graphic facilitator to take visual notes, thus removing the association with writing in files during intake at institutions, as well as accommodating various levels of literacy.

Wheeler and the Journey Home team needed to connect with people with lived experience of homelessness from around Kelowna in order to share the plan and recruit for LECoH members. Another suggestion was that any meeting locations should be neutral and free of ‘baggage,’ and that an inclusive process should not limit the number of people who would attend. The first open information session was held at the library, and people were told that they would be compensated and that there would be food. At the first meeting, there were about eight attendees. At the next meeting, 12 people from the street community attended. The circle continued to grow.

“And near the end, 100 people were coming [to LECoH meetings],” said Wheeler. “It was a little overwhelming, but at the same time so valuable.” Wheeler said that having an inclusive process was very important to the success of the LECoH, but that it required a lot of preparation in order not to be overwhelmed. “We were a little caught off guard, but I still think inclusive is the way to go.”

When asked how long it took to get from the learning and outreach stage to the actual convening of the LECoH, Wheeler reflected that this did take a while. Building trust takes time, effort and open communication, no matter who is involved. Creating an authentic bond can also involve a reset of relationships: Wheeler shared that bringing bylaw officers and frontline workers together was an important step. These two roles, who can traditionally find themselves on different sides of a situation, needed time and space to get to know each other and figure out how they could better work together.

“We had a bylaws person in a lot of our conversations, so I think that [people with lived experience] were seeing that there was change happening. And that made them more sure that the work was actually going to be something that was important and meaningful.” Wheeler believes that hosting conversations with all parties and inviting a bylaw officer to LECoH meetings made a powerful statement of the city’s commitment to the process. This buy-in strengthened the bond between all of the people involved in the Journey Home Strategy development, and assured everyone involved that their input would result in change.

In addition to convening participants for the LECoH, Wheeler and the Journey Home team invited a range of sectors onto a 24-person Task Force, including city staff, developers and philanthropists. Two members of the LECoH were also given seats. In order to build trust, the Task Force and LECoH were brought together multiple times, including having supper together before conducting a meeting.

“What was described to me after that was that for some people, their whole perception of what they thought someone living without a home looked like, it just flipped over backwards,” said Wheeler. “And the idea was that people from all of these different sectors would go out and talk to their sectors and [share] that education. And in fact, that’s what happened.” The myth-busting effect of gaining that LECoH perspective was extremely important, making clear the power of having context experts at the table to remove stigma associated with homelessness.

From the onset of Journey Home, there was a commitment to ensure authentic, equitable engagement of people who had experience with homelessness. Despite not always knowing where the process was taking them, the city’s work advanced a vision of a community where “all people have access to safe and dignified housing and the support required to sustain it.”1