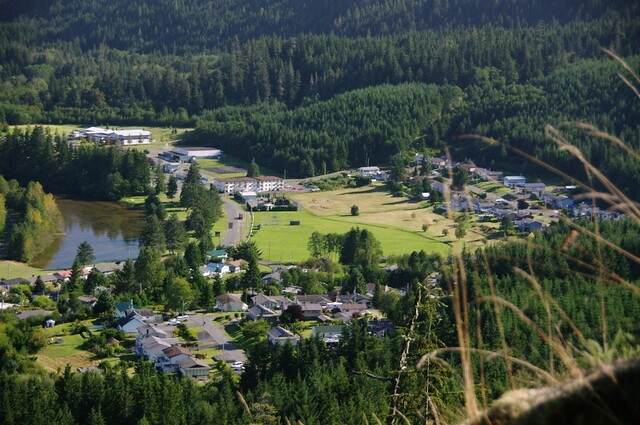 Houses in the community of Sayward in Strathcona Regional District. Photo: Province of BC.

What happens when you place equity at the centre of a housing needs assessment?

In early 2019, Campbell River announced a partnership with BC Housing to create 50 units of supportive housing in the City within two years. To many, the announcement was a small but promising step forward in addressing the housing crisis faced in the Strathcona Regional District. To members of the Strathcona Community Health Network (SCHN) however, the announcement was an achievement resulting from years of efforts to demonstrate the need for adequate and appropriate housing in the region, and to advocate for political action to address that need. Read on to learn how the Health Network used their Housing Needs Assessment as an advocacy tool to inspire action.

Formed after a PlanH-supported workshop in 2014, the Strathcona Community Health Network works to improve health and well-being in the region by taking on the root causes of health challenges. As in other Health Networks across Island Health’s service delivery area, the regional health authority and the network work together to address shared goals around these root causes. In SCHN’s case, housing was identified as an issue early on: two community forums held by the Network in 2015 both saw the region single out housing as a priority issue that needed to be addressed.

After a whirlwind 2017 which saw the SCHN hire a coordinator, develop a terms of reference scope for a housing needs assessment, and secure funds from the Regional District, SCHN began their Housing Needs Assessment in early 2018. Our staff at BC Healthy Communities, in partnership with the team at Urban Matters, worked to gather the data for the report.

Housing Needs Reports (also sometimes called Housing Needs Assessments) have since become mandatory for all local governments in British Columbia. These documents help communities plan for their current and future housing needs, and normally rely heavily on statistical data from outside sources such as Statistics Canada and CMHC. However, Libby King, coordinator of the Strathcona Community Health Network, had a different vision for this assessment.

“[This process] was driven by the recognition that health in the region was being impacted by inadequate housing, both for those who were homeless and those who were otherwise inadequately or inappropriately housed,” says King.

King and the SCHN envisioned their Housing Needs Assessment as a document that went beyond traditional number crunching and need forecasting; one that would incorporate as much qualitative content as it did quantitative. By weaving the lived experience of community members into the numbers, the SCHN hoped to produce an assessment that better reflected the downstream health and well-being impacts of the housing situation in the district, anticipating that this approach would be more likely to compel action.

“It’s those stories like children not being brought up by their parents, just because they can’t find a decent house.” says King. “A focus on qualitative information over the purely quantitative, I think, is hugely important—it explained what the census data was telling us, to hear from people who could contextualize what that meant in their everyday life.”

The result was an assessment that included a more formal document as well as a series of community snapshots—brief, infographic-heavy documents that blend numbers with quotes and stories from community members. The data for these documents incorporated the unique experiences of hard-to-reach populations through approaches including a public survey, lived-experience and key-informant interviews, informal engagement at community places, and public forums.

“[The team] really got out into communities, and they interviewed, for example, parents picking up their kids from an Indigenous childcare centre, things like that,” says King.

The downtown Campbell River waterfront at sunset. In early 2019, the City announced a partnership with BC Housing to provide approximately 50 supportive housing units. Photo: Province of BC/Flickr.

As work on the Housing Needs Assessment process progressed, the SCHN didn’t just wait for the final report to be delivered; instead, they worked to organize the community and its social service providers, so that they could move forward together in a coordinated way once the results were released. One of the most visible results of these efforts was the formation of the Campbell River and District Coalition to End Homelessness (CRDCEH), a diverse group of 13 non-profits all involved with the housing sector. Together, the group advocates for action to address gaps along the continuum of housing and support services—such as the 50 units of supportive housing mentioned at the top of this story, which came, in part, as a result of the Coalition’s advocacy—presentations, meetings, consultations and letter-writing campaigns.

“Having these research elements [like the Housing Needs Assessment], and then having action elements [like the CRDCEH] meant that we had built some good relationships with the city, and the city could see a really clear way to engage,” says King.

To King, these new supportive beds are a promising start, but they’re just the beginning of things to come.

“It’s started building a really healthy community where people are talking and collaborating.” she says.

King’s recommendations for a health- and equity-focused Housing Needs process: