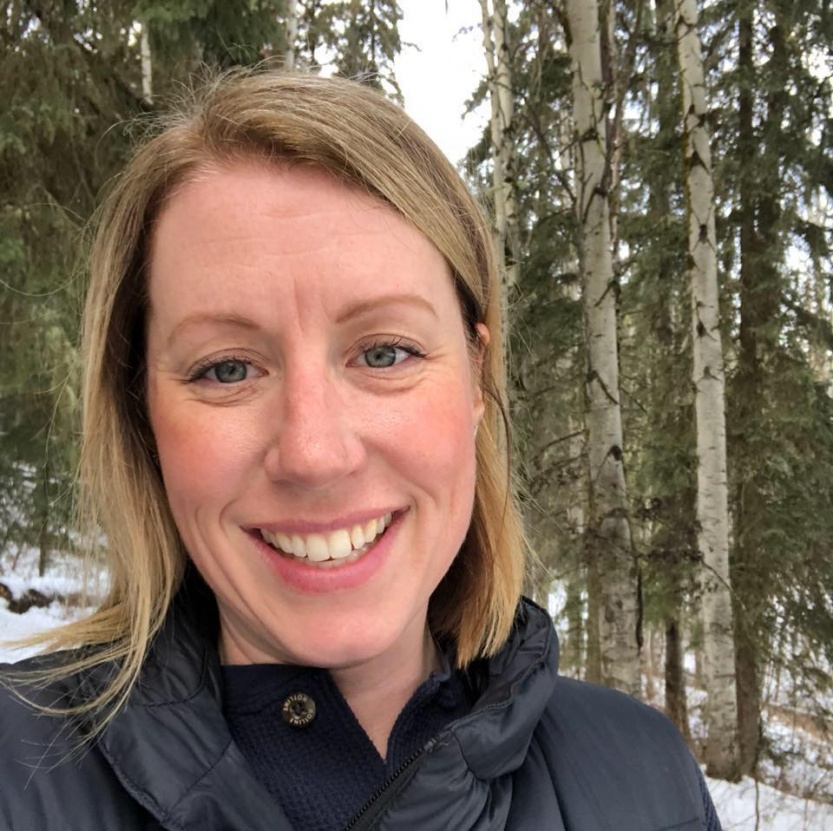 Communities are experts in their own health challenges, says Hughes. In her role with Northern Health, she collaborates with community members across the Health Authority to enable access to the information and resources they need to support their health and well-being.

“Northern B.C. was probably the last place I ever thought I would be,” says Holly Hughes, a healthy settings advisor with Northern Health. “Honestly, since I moved here, I've kind of fallen in love with it.”

Hughes first moved out to Northern B.C. 10 years ago from Ontario’s cottage country. Since moving north she’s lived both rurally in Mackenzie and in larger centres like Fort St. John and now Prince George. Despite her Ontario roots, Hughes sounds like a true Northerner: she described experiencing multiple seasons of wildfires, extreme weather causing highway washouts, temperature drops from minus 36 to minus 51 degrees, and winning a much-coveted CBC Daybreak North mug. 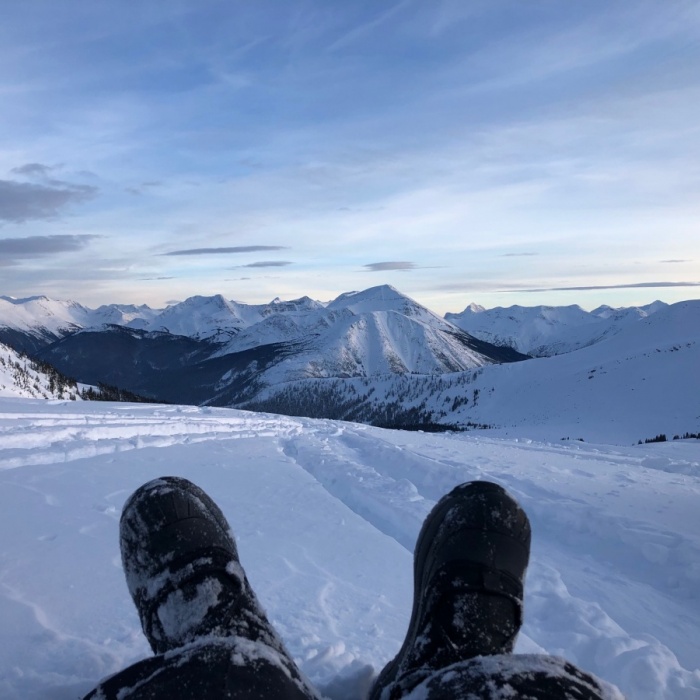 After years of unsuccessful attempts to win a coveted CBC Daybreak North mug—the sign of a true Northerner—Hughes’ shot of her feet and the mountains of McBride finally took the prize in January 2019.

“I think just the lived experience of being in the North has really impacted my appreciation and my passion for healthy communities work,” she says.

There is no typical day in Hughes’s line of work. As a healthy settings advisor, she helps to support and connect communities with resources, data and funding opportunities. But her work differs depending on the context and needs of each community: in one community it may relate to food security, in another opioid response, and still others on housing challenges for seniors.

Northern Health covers the entire northern two-thirds of British Columbia. The authority serves a diverse population of 300,000 in communities stretching from Atlin to Haida Gwaii to Valemount. In other words, a region roughly “the size of France and the population of a tiny city in China,” notes Hughes’s colleague. Despite the size of the region, Hughes is one of only three healthy settings advisors at Northern Health. In contrast, her health authority counterparts in cities like Vancouver work on teams four times that size.

Though she may be the only health settings advisor for the Northeast area of Northern Health’s service area, collaboration with other health authority staff, local governments and community members is essential to her work.

“Healthy communities work is not something that can be worked on or addressed by one particular group,” she explains. Her work to support communities involves connecting and forming partnerships with residents, community partners, First Nations communities, local health service staff and government officials, to name a few. In small communities, where most people know each other, these partnerships can strike up during informal conversations at community events.

A key part of Hughes’s role is helping communities to identify their health priorities. Asking a community to list their health-related needs or wants can be abstract. Instead, Hughes reports “working backwards” by facilitating a workshop in Prince Rupert entitled Draw Your Future. The workshop encouraged community members to think about what Prince Rupert would look like in 10 years. It sparked conversations about what it would take to realize goals like having citizens able to ride bicycles, play in the ocean and enjoy a community where their children can be happy and safe. The discussions drew out a number of key healthy community aspirations from the community members themselves, rather than being set out by Hughes.

To engage local residents in frank conversations about the health and well-being of a community, Hughes has to be a trusted member of the community.

“It’s definitely not a ‘fly in, fly out’-type job,” she says. Instead, it involves understanding what a community is going through day-to-day. Having worked in the region for a decade, Hughes understands the flexibility necessitated by Northern BC's unique features, such as resource-dependent economies, northern weather, and smaller, spread-out community centres.

Finding space to explore health-related discussions when there are so many competing demands on residents’ time can be a challenge. But the work is also about keeping outcomes in perspective: something that may seem small, like being invited into a community, can be a big success, she says. “I think it really comes down to having deep conversations with community members, learning about what matters to them, and really understanding where each community is coming from.”

Want to learn more? Explore our Regional Health Authority Case Studies page to find out how to work with Northern Health and other health authorities across the province to improve health and well-being in your community.

For more information about how Northern Health works with communities, visit their PlanH profile page.