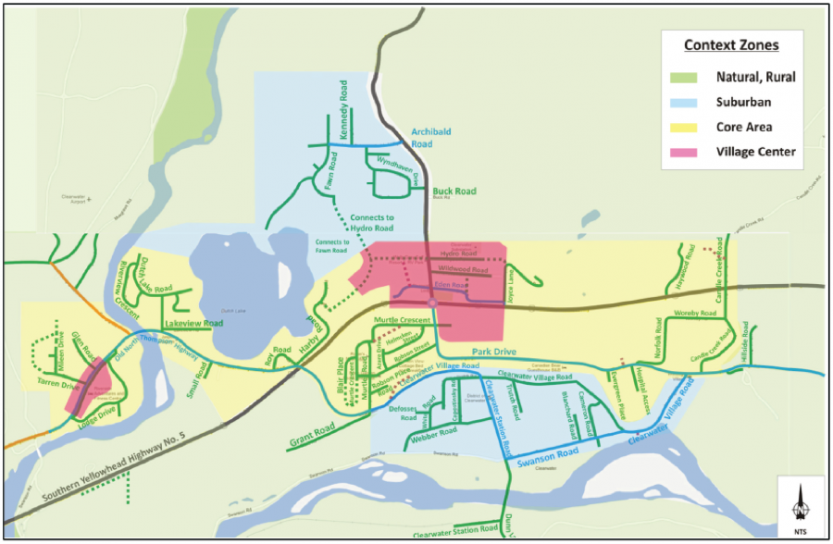 The District of Clearwater is a rural community of 2400 residents, and was confronted with one major obstacle to cultivating a vibrant economy and encouraging active transportation: a main highway running right through the middle of the community.

At the time of Highway 5 development, the community was very small and the growth of Clearwater was not taken into account. The poor highway planning has caused the town to be divided into three distinct areas separated by a one to two kilometre distance. The placement of the highway made it challenging to approve any new developments, thus discouraging economic expansion and restricting opportunities for active transportation due to poor connectivity.

In order to address the risks to the economic sustainability of the town and the health of its residents, the District of Clearwater engaged in a process to develop a long-term road-networking plan. The objective was to help increase economic activity and to improve connectivity so that residents would be inclined to choose active transportation over motor transportation.

The District sought expert guidance from OPUS International, a multi-disciplinary infrastructure consultancy service, to conduct studies to plan for future and existing road networks that would encourage active transportation and economic development. This process required multi-stakeholder input and strong community engagement to ensure that the process was transparent and all affected parties could participate. 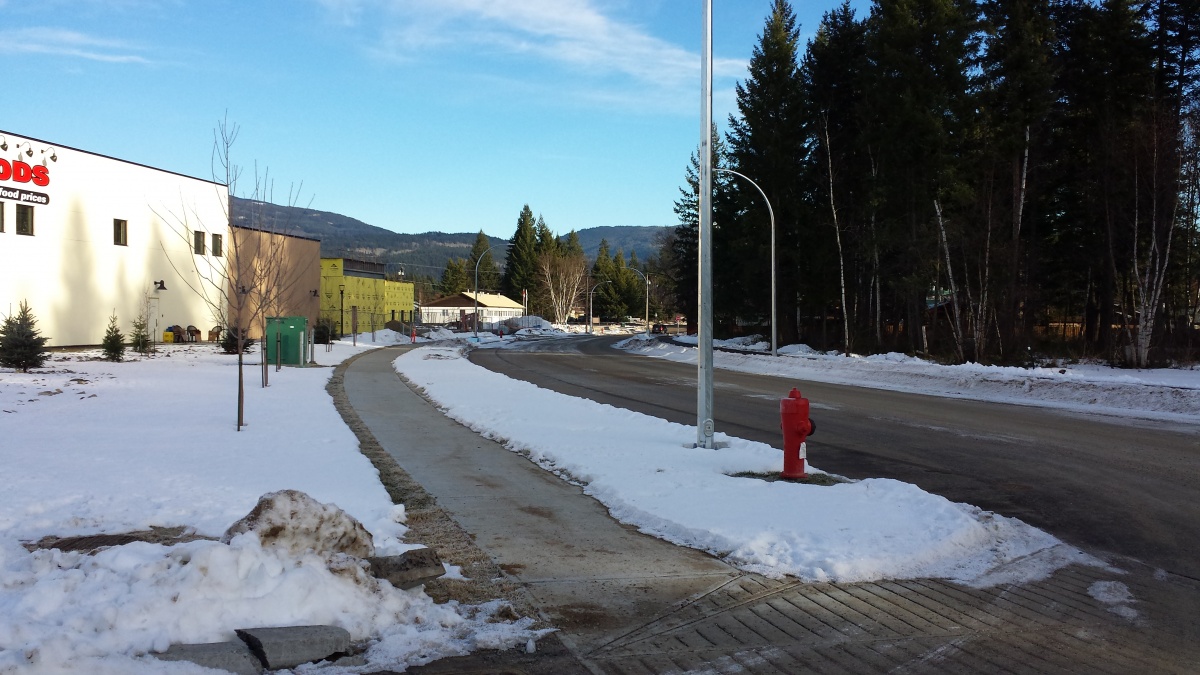 While Opus conducted the first two stages, stage three required full contribution from the District’s Council and Staff, MoTI Officials, Interior Health Authority (IHA) Specialists, and the Canadian Heart and Stroke Foundation (HSF). After making some preliminary decisions, property owners, developers, and the general public were engaged during the last two stages. At first, property owners and developers were skeptical of the partnerships, wondering what the District was really up to. However, they soon saw the benefits of this partnership not only for themselves, but for the entire community.

Stage five, the Mobile Public Open House, presented an innovative opportunity to engage the general public. Five stations were set up in multiple locations in the community, and participants were invited to use various modes of transportation (e.g. bikes, rollerblades, walking) to go from station to station. At the first station, participants were given a ‘Character Card’ which reflected individuals with different mobility needs (e.g. a mother pushing a stroller). With Character Cards in hand, participants made note of how the built environment would affect their character and then shared these observations in an open group discussion. This process resulted in increased understanding of how the built environment can impact active transportation, connectivity, and health.

"What I thought was really awesome about the process was that the people who didn’t come out to participate in the mobile tour came out of their homes at the mobile station [just] to find out what was going on and [started] asking 'Hey, what is this all about?'"

The second aspect of this process was to develop and implement the Road-Cross Section Bylaw. Working with the IHA’s Healthy Built Environment program and the HSF’s CLASP program, a guideline was created to indicate how a roadway might be designed to incorporate a variety of transportation modes. To supplement this guideline, a map was configured to provide guidance to the District when decisions about roadway improvements needed to be made.

This Road-Cross Section Bylaw was adopted in December 2013. This Bylaw has encouraged new development and economic opportunities since there is now a standard for which the roads are required to be built, while paving improvements now incorporate space for different modes of active transportation.