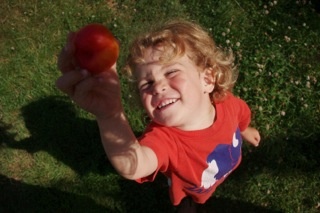 The City of Campbell River identified agriculture as an opportunity to diversify the local economy since the downturn in the city’s resource based economy, and has also realized that municipal governments across North America are drawing connections between local food production, community development, and quality of life. The landscape around the City of Campbell River is rich for local food production, and cultivating the land is a way to improve economic diversity and food security in the community. With over 5000 hectares of land in the Agricultural Land Reserve (ALR), favourable climates, and good soil, there is significant agricultural potential. However, only 0.4% of this land is currently activated, and the city has experienced a 20% decrease of people working in the agriculture, food and beverage industry since 2001.

To build a strong and resilient agricultural sector in Campbell River, an Agriculture Plan was developed, which targets food security and self-sufficiency. This includes having the capacity to grow 10% of its food supply by 2031 and 50% by 2060 (in 2011, the city was only 0.03% self-sufficient). To achieve the 20-year goal, 1127 hectares of land would need to be activated by 2031. The city is taking incremental steps to reach this goal by supporting community gardens, encouraging residents to take courses at the local college, implementing a food map project, and changing bylaws to allow urban hens in residential areas.

City staff received Council endorsement en route to securing funding for their Sustainable Official Community Plan (SOCP) and Agriculture Plan process from the federal Community Works Fund, and the Investment Agriculture Foundation of BC. The two plans were developed in conjunction to ensure that both plans aligned with the overarching vision of creating a more sustainable community. To involve the public and key stakeholders in the development of the Agriculture Plan and SOCP, public engagement sessions such as a Visioning for Agriculture Forum, an Agriculture Plan workshop, and an on-line public survey were conducted. With the support of a newly formed steering committee, city staff, HB Lanarc Consultants Ltd., and From the Ground Up Consulting, a background report and draft AP were developed. 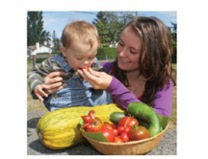 After two years of hard work, city council adopted Campbell River’s Sustainable Official Community Plan and the Agriculture Now Plan. Community members and stakeholders were invited to a Public Open House to learn about the plan and the key opportunities for Agriculture in Campbell River. The Agriculture Plan feeds into a number of the SOCP priorities, including climate and energy, local economy, and food self-sufficiency goals. The following food security policies have been committed to: