Community Collaboration for a Smoke-Free Lumby 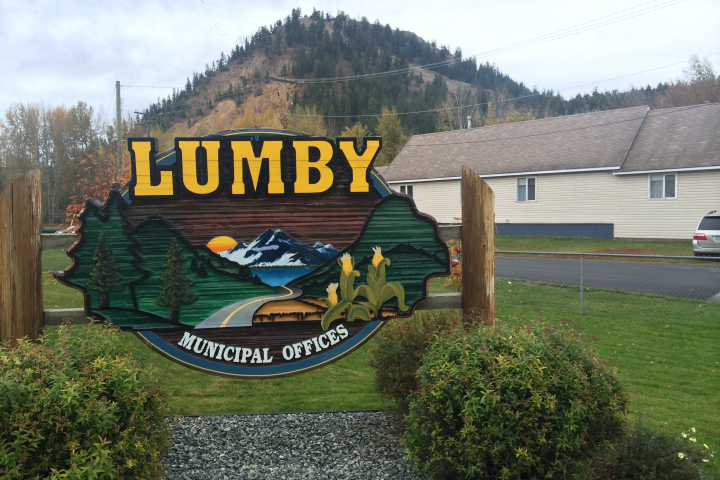 Youth in Lumby are breathing easier these days thanks to a collaborative project called “Smoke Free Lumby.” This initiative is the result of three years of strong collaborative work by the Village of Lumby (VOL), Interior Health (IH), the University of British Columbia Okanagan (UBCO) and the Canadian Cancer Society.

"Council strongly appreciates and recognizes the impact of youth on exemplifying behaviors to other youth and even to their parents." -Tom Kadla, CAO of Lumby

The seeds of the project were planted in 2013 when the VOL and IH undertook a Healthy Communities scan with a goal of identifying gaps in overall community health. As they analyzed the results of the scan, they decided to concentrate their efforts on youth in the community.

Tom Kadla, CAO of Lumby explained that “Council strongly appreciates and recognizes the impact of youth on exemplifying behaviors to other youth and even to their parents.” The Council decided that a focus on tobacco reduction would empower youth to make healthy choices as well as providing significant health benefits to the entire community.

Making the decision to focus on youth tobacco reduction was a big step, but everyone knew the project would not be an easy one. Tom explains the barriers the community faced: “Changing personal behavior is always difficult, [as is] connecting with all groups involved in impacting behavioral choices.” Recognizing that education and knowledge hold the key to behavioral changes, the VOL and IH expanded their partnership to include the Canadian Cancer Society and UBCO.

"What could have been seen as a ‘one-off’ student project, has turned into three years of collaborative work, community engagement and education, and the adoption of a comprehensive tobacco bylaw for the Village of Lumby." -Tanya Osborne, Community Health Facilitator with Interior Health

In spring of 2013, third-year nursing students from UBCO began engaging with high school and elementary school students to deliver tobacco cessation presentations and conduct surveys and interviews on youth tobacco use. This education targeted children and youth with information on the dangers of tobacco before they began smoking, but also gathered data about youth tobacco use. In 2014 and 2015, successive years of practicum students built on the work of the previous cohort, working together to accomplish many pieces of this large-scale project.

“It required big-picture thinking from the students to see that their project was just one piece of the larger puzzle, that each piece was just as important as the next, and to understand how each piece could build upon the last, all while keeping the end goal in mind,” explained Tanya Osborne, Community Health Facilitator with IH. Osborne applauds the nursing students for their hard work and dedication, reflecting that “What could have been seen as a ‘one-off’ student project, has turned into three years of collaborative work, community engagement and education, and the adoption of a comprehensive tobacco bylaw for the Village of Lumby.”

After two years of education and information gathering, the Village of Lumby was ready to take the next step to ensure a healthier community for all residents. On August 10th 2015, Council voted to adopt a bylaw that bans smoking on the Salmon Trail, within three metres of bus stops, and in any park or green space including playgrounds, playing fields, spray park, pool, skate and-or bike park or trails.

Now that Lumby residents are enjoying better health and improved air quality, they are eager to share their accomplishments with other communities. Interior Health and the Canadian Cancer Society have begun working on turning their years of dedicated work into a template that can be used in other communities.

The goal is to make it easy for local governments to create partnerships with post-secondary institutions to work together on health promotion work. Tanya Osborne explains, “There are so many small and rural governments that do not have the needed capacity. Involving students not only gives them hands-on, real-life experience but helps increase the capacity of small local governments, benefitting everyone involved.” The City of Enderby has already begun working with nursing students on a similar project, and other communities are sure to follow.

The success of the Smoke-Free Lumby initiative has encouraged the VOL to keep prioritizing community health. Tom Kadla reports that the VOL “would like to eventually combine several health behavior policies into a bylaw that reflects all the pillars of a Healthy Community. These pillars include physical activity, healthy eating, tobacco reduction, healthy environments and priority populations.” The VOL plans to keep working on community capacity building and using a collaborative approach to engage all residents in their work. We look forward to seeing the next steps in this inspiring community’s journey towards greater health and community involvement.